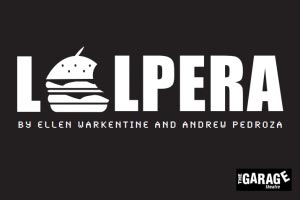 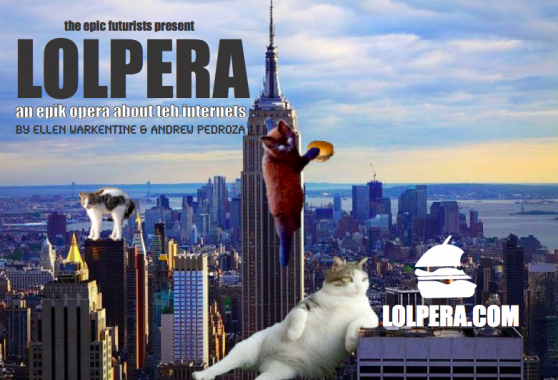 LOLPERA: An Epik Opera About Teh Internets was presented as a workshop performance at The Garage Theatre in Long Beach in October 2010. After two packed nights of boisterous crowds and an added late-night performance, the LOLPERA buzz began. LOLPERA was slated for a full run in October of 2011 at The Garage Theatre, where it was chosen as LA Weekly’s Pick of the Week. In the summer of 2012, LOLPERA was accepted into the Hollywood Fringe Festival, where it played to sold-out crowds and received critical acclaim at The Hudson Theatre in June. The entire cast and crew of LOLPERA headed cross-country to perform in The New York Fringe Festival at the historic Theatre 80, where it was selected as the “Fringiest of the Fringe” in August of 2012.

LN & AND (Ellen Warkentine and Andrew Pedroza), a ragtag team of rapscallion music and theatre artists from Long Beach, CA used to waste time on the internet, wishing looking at stupid cat pictures was meaningful. From this wish, an existential quest to find the memeing of life on the internets began! They began writing pieces using only the captions found on the “I Can Has Cheezburger” website and others like it as lyrics. What began as a “found lyrics” experiment soon became an epic, operatic story about good and evil, internet freedom, corporate greed, gay marriage, and the failure of The American Dream- conveniently premiering at The Garage Theatre in October 2011 at the time when the Occupy movement was at its height.